September is National Recovery Month and being in the middle of an overdone epidemic it’s important to not just to talk about addiction but also to shine a light the recovery. There is a lot of Seacoast Recovery, stories of hope, going on here in the Newburyport and the Seacoast region. Addiction comes in many forms and the most deadly today are alcoholism and the skyrocketing opioidepidemic. “A new study published in JAMA Psychiatry this month finds that the rate of alcohol use disorder, or what’s colloquially known as “alcoholism,” rose by a shocking 49 percent in the first decade of the 2000s. One in eight American adults, or 12.7 percent of the U.S. population, now meets diagnostic criteria for alcohol use disorder, according to the study.” The study also reported that alcoholism with women has rose over 80% during the past decade.

At the same time the opioid epidemic is growing fast with almost a daily report of more deaths from overdose. Many are thankfully being revived with Narcan, an antidote that most first responders now carry, however OD deaths continue to rise. Last year MA reported over two thousands deaths from heroin although in over 70% of the deaths it was fentanyl and other synthetic opioids being added to heroin. Opioid-related deaths in MA were more than four times higher in 2015 than in 2000. This recent rate of increase is several times faster than anything seen here before. In 2013–2014 alone, opioid-related deaths occurred in two-thirds of the cities and towns in Massachusetts. Drug overdoses killed roughly 64,000 people in the United States last year, up 22% from 2015. SIXTY FOUR THOUSAND AMERICANS. That’s more than the AIDS epidemic at its peak and more than ten times American troops killed in Iraq and Afghanistan since September 11th or during the entire Vietnam War.

Locally, at least every other day I see new post about another death of a New Englander from overdose. Why should you care, right?  It’s your neighbors; business professions, soccer moms, cooks, veterans, students, nurses, elderly…most starting their addiction with pain prescription medication. The amount of painkillers prescribed in the United States have quadrupled between 1999 and 2013, according to the Centers for Disease Control and Prevention in Atlanta.   In 2015, nearly one in six Massachusetts residents obtained an opioid prescription from a health care provider. Those receiving prescriptions obtained more than three filled prescriptions on average.  Once you’re hooked the financial cost of addiction becomes overwhelming leading the cheaper heroin often laced with the deadly fentanyl, 50-100 times more potent than heroin or morphine. Alarmingly, fentanyl is now being found in cocaine, black market prescription opiod pills and even marijuana. To make matters even worse, recently deaths are being traced back to drugs laced with carfentanyl, a synthetic cousin 100 times more potent than fentanyl, both more profitable for the drug trade. That is why we have so many deaths and an epidemic growing faster than AIDS during its peak.

Safe Harbor Recovery Center in Portsmouth is a authorized NH distributor of Narcan.  They are providing a brief overview on their distribution and training. You can find Safe Harbor at SafeHarborNH

Yet we are not talking enough about addiction or recovery. Cancer used to have a stigma that led to people not wanting to talk about it. Referred to as “the C word” in the past, today communities appropriately rally around their adults and children suffering from cancer. There is still a stigma around alcoholism and addiction today despite the majority of families impacted. According to the first-ever Surgeon General’s Report on Alcohol, Drugs, and Health released last year, “few other medical conditions are surrounded by as much shame and misunderstanding as substance use disorders. Historically, our society has treated addiction and misuse of alcohol and drugs as symptoms of moral weakness or as a willful rejection of societal norms.” 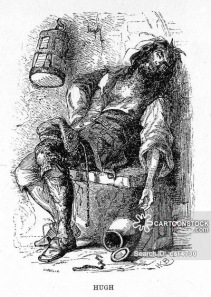 It took several years for me to admit  that my drinking was controlling me after many failed attempts to control my drinking. I tried to quit for almost two year using my own willpower. Like most I first tried to control my drinking by swearing off hard alcohol, then limiting myself to x number of drinks, only drinking on weekends, only drinking wine, …but as as the saying goes, “once you try to control your drinking you’ve already lost control”.  The same strong willpower that had helped a barely athletic youth become captain of my Marblehead High School football program, pay for my own education at UMASS Amherst and travel around the world in a successful finance career in one of the top global companies …that same willpower.., was useless with my addiction. As a ‘functional alcoholic’, I had received several ultimatums from my wife and tried casually going to 12-step meetings but I couldn’t stay sober for more than a couple of months at a time. As much as I wanted to quit and knowing all I had to lose I still couldn’t stop on my own.  I had been living with the guilt of having my oldest son being from a broken marriage and I didn’t want my youngest to suffer the same fate.  I wasn’t going to let that happen.  Yet it wasn’t until I lost my second marriage that I finally gave up my own ideas of how I’d get sober and joined the local recovery fellowship.

As of today I’ve been sober exactly 43 months, 1,309 days, thanks to God and the large group of sober & clean friends from the Seacoast region who have also found the same hope and success in their recovery.  I didn’t do anything more than follow the same program those with longtime recovery followed.  I attended local twelve step meetings almost everyday, following the program as it was laid out and finally it worked.  The mental obsession to drink was lifted and I haven’t had an urge to drink since.

I’ve met so many wonderful people up and down the seacoast, from old Marblehead high school friends reaching out for the same solution to several leading the effort in the Portsmouth region through organizations like Safe Harbor Recovery Centers in Portsmouth and Seabrook and the SOS Recovery Community Organization in Somersworth. I also can’t sit in Market Square of shop at Market Basket in Newburyport without receiving a hug from someone from our local recovery community.

So many families in our town and region are being torn apart by addiction. People are dying from it. Divorces, arrests, loss of licenses, jail terms, homelessness, debt …yet the spouses, family and friends don’t understand how the addict keeps using.  I’m not going to debate here whether addiction is a disease however once an alcoholic/addict is being controlled by their drug of choice they rarely can stop on their own. Despite the damage caused, the negative consequences and all that they have to lose, like me, they’ll keep going back to the drink or drug. We hate ourselves, isolate from others and lie to those around us.

We promise to stop yet then we hear a voice in our heads whispering in our own voice that this time it’ll be different. But it just keeps getting worse. However, for some unexplainable reason when we hear another alcoholic or addict tell their story most at some point will hear our own story through that person. We also hear stories of HOPE and a solution. We see others getting back lives they lost and more. We see the unimaginable, that life can still be fun and even better without alcohol or drugs. Yes alcoholics, like me, no longer drink. The addicts stop using drugs. Hope comes back. Lives get better. Families heal. 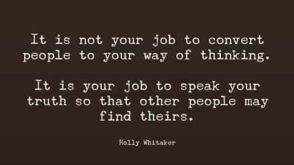 I Am Not Anonymous is a movement started by Kate Meyer and Tom Goris as a mission to break the stigma of addiction. “Our mission is to bring the SOLUTION into the conversation in hopes of helping the millions of people who remain untreated and help the world understand that addiction is not a moral failing.” They stress how the stigma can be as deadly as the disease itself. They also write this about Recovery, “I felt a new kind of freedom. I could picture a life without drugs or alcohol. I was exposed to a vibrant, compassionate world full of people in recovery. I heard my story in their story. They helped me find my voice. I now use my voice to bring recovery into the light. Stigma only grows in the dark. Together, we can put an end to it.”

Earlier this year a young professional who I worked with from my hometown drank himself to death alone.  Attending his funeral, I couldn’t help but question if I could of helped him if he had only heard my recovery story.   This is why I, and many others in Recovery, choose to be open about our addiction. We want to help shine a light on the Recovery and the HOPE. It’s why I write a recovery blog, RagamuffinDad.com and am part of a closed (to protect anonymity) Facebook group called Seacoast Recovery where you can privately interact with 250+ locals in recovery.

This Seacoast region has a vibrant social life for those who enjoy drinking and partying. We also has a supportive, successful and fun recovery community. If you, a family member or friend need to learn more about recovery please reach out to me, others you may know that are part of this recovery community or ask to join Seacoast Recovery on Facebook. There is hope. Please come join us.

September is Recovery Month. “The world has seen addiction but not recovery…and Recovery Is Everywhere.”

My name is Greg Kelly, I’m a recovering alcoholic and living proof that recovery works. 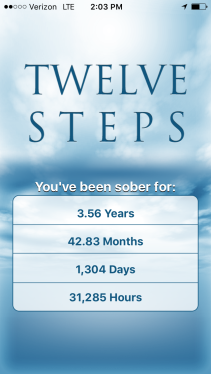